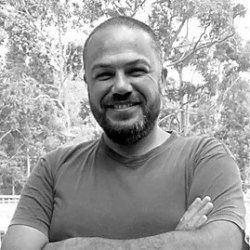 Ronnie began practicing in 1993 (after completing an advanced dip in Shiatsu therapy). He also commenced studying for his Acupuncture degree the same year (at UTS) and completed his degree in 1997.

From 1993-1997 Ronnie spent at least 3 months of every year travelling to Japan and have been lucky enough to spend time with and to study under; Edward O’Baidey, Masakazu Ikeda and Misao Takenouchi. Ronnie set up the Ki Clinic in 1998 in Bondi Beach where he practiced until 2010, when he moved to Rose Bay, which is where the Ki Clinic has been located since then. The Ki Clinic (run by Ronnie) is the centre of both healing and of the development and learning (of his students, clients and himself).